How do versions and duplicates work?

Here we look at how you can work with multiple versions linked to a file in Mediaflow. We also look at how duplicates work.

What happens to an image I upload to Mediaflow?

What is a version image?

Where can I find duplicates?

What happens to an image I upload to Mediaflow?

The first thing that happens after uploading is that the system creates a low res image. (See below)

If the image is already in the system.

When you upload an image to Mediaflow all files in the system are automatically searched to check if the file already exists. If a file with the exact same content is found, a new low res image will not be made since one already exists. If you upload an existing file to a new folder, the file remains in the other folder as well. The system recognizes the file as a duplicate, even if you upload an existing file with a different file name. In other words, the matching is not based on the file name, but on the content of the files.

If you upload the same image to several different folders in Mediaflow it will not take up more space because the system only saves one copy of the original image.

If the image is not already in the system.

If the image you upload is not already in Mediaflow, it is stored in the system and a low res image (thumbnail / display image) is generated and placed in the folder you uploaded the file to. These are the low res images you see when navigating through the folder structure. Read more about low res images here. (swedish)

What is a version image?

A single file can have several files, so-called versions, linked to it. For example, you can have the RAW file from the camera, a retouched version and a cropped version attached to one and the same file. A file that has several versions attached to it is marked with a layer icon below the file in the File Viewer. 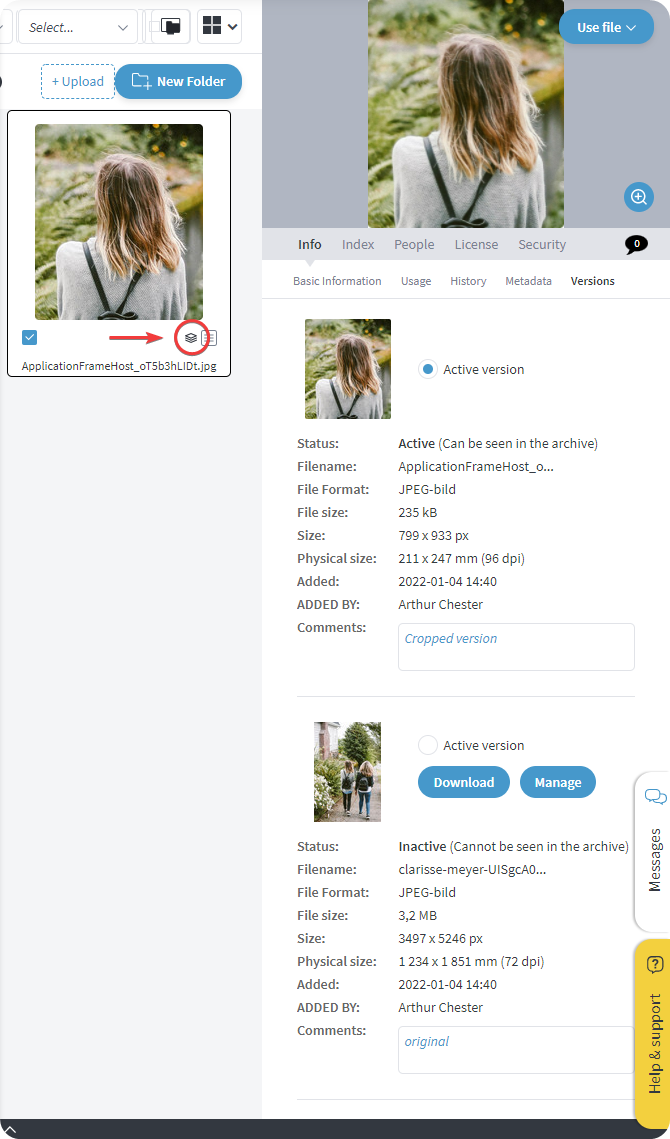 What should versions be used for?

What should versions not be used for? 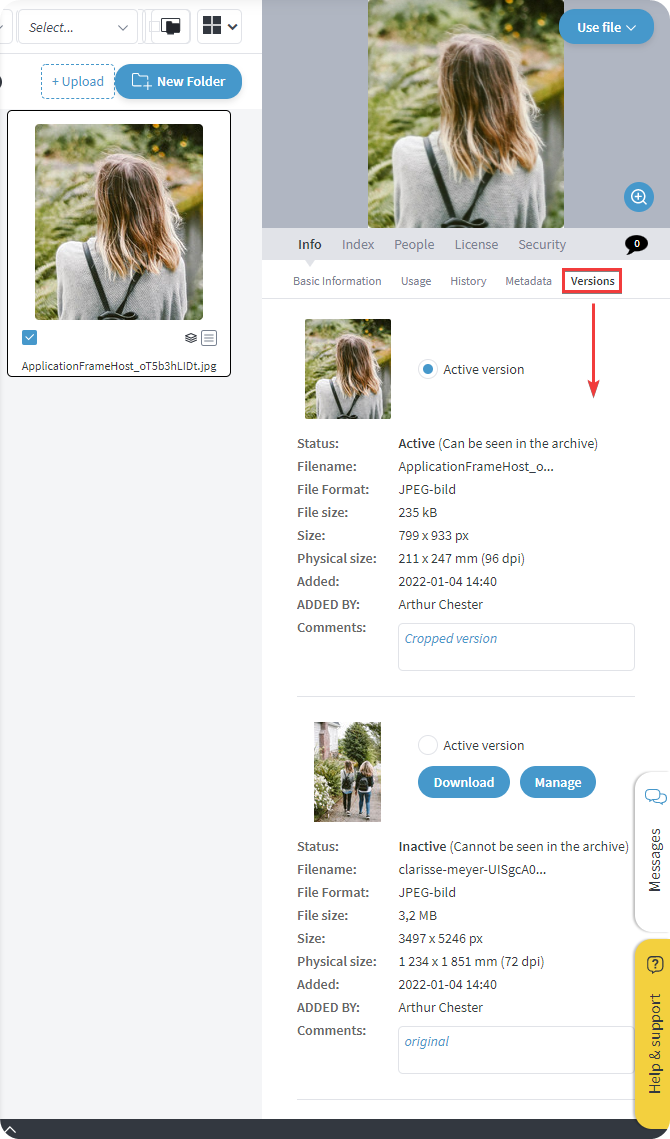 Under the Versions tab in the right side info panel you see all the versions available for the file, and you can download the different versions and decide which version should be visible in the archive.

If you upload a file to a folder where a file with the same name already exists, you will be asked what to do with the new file. You get four different options:

Under the Versions tab, you then have the following options

Here you see how you can handle a version image. 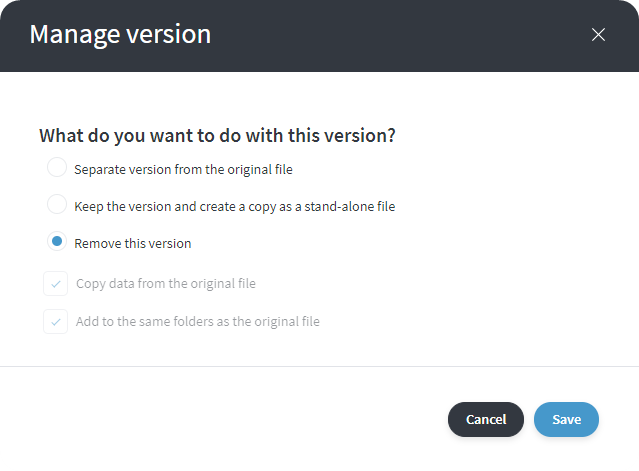 You will then see a box where you select which file should be the display image in the file view when you click on a folder. This can be changed later by clicking on Versions in the right info panel and then "manage versions" under one of the version images. 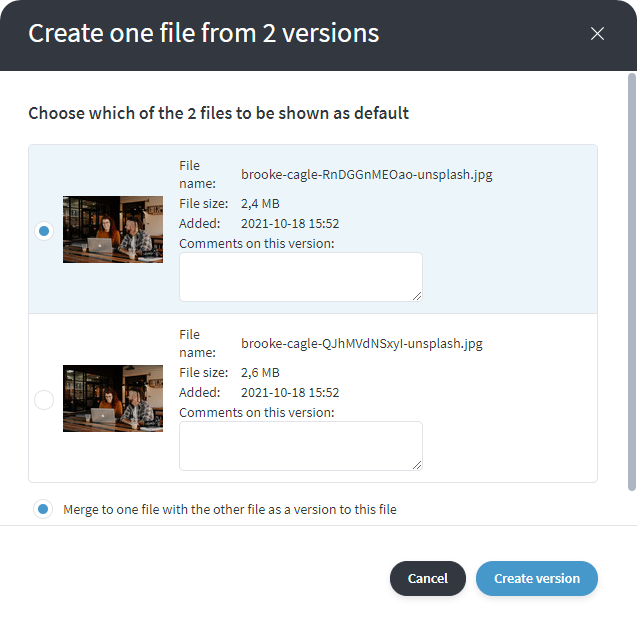 An image with versions means that only the active (visible) image is downloaded if you double-click on the image or right-click and select "download the original image". To download one of the version images you can click on Versions in the right info panel and then "download" under the current thumbnail.

Where can I find duplicates?

You can find duplicates by navigating in the sidebar and clicking on Mediabank, then you will see duplicates in the folder structure.

This folder shows files that are in different folders but have the same file name.

If you have two files with the same name that are listed as duplicate but they are not, you can simply rename one file and thereby remove the files from this view.

It is also possible to delete one of two identical files to get rid of a duplicate but then you have to be a little careful because one of the files may have more metadata than the other.